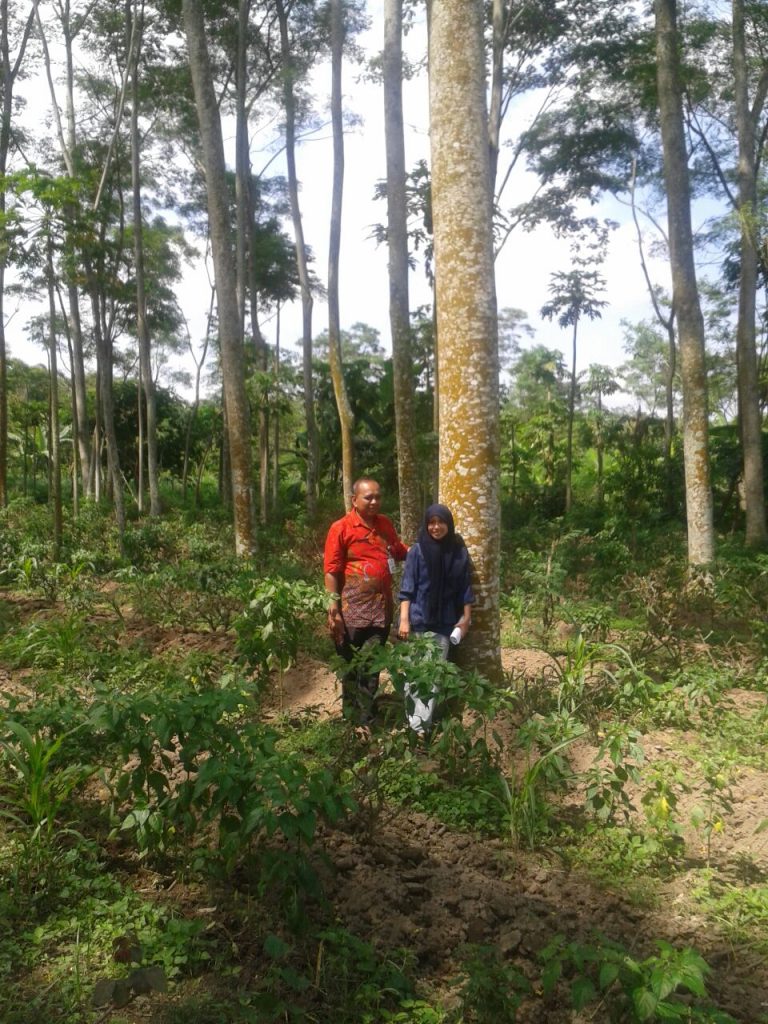 A Trip With Jenny from Tari Travel

On Thursday, April 28th 2016, Trees4Trees got a visitation from Jenny of Tari Travel Indonesia. For information, Tari Travel is one of Trees4Trees supporters, a travel agency in Makassar, which has been T4T’s partner for more than 2 years. Jenny came to investigate the tour potential on the route from Yogyakarta to Magelang (Borobudur) and the mountains Merapi and Merbabu. At the same time she got the good idea to see the trees Tari has planted and how they can be part of future trips.

Around 8 in the morning, we arrived in the first planting location owned by a farmer named Suhadi, who received 100 trees of Albizia in 2008 and 2009. The trees have grown with average height 8 meters and with a range in diameter from 25 to 40 cm. Several unique things found at Suhadi’s land, one of them is that he planted roses between his trees, and also another crops like chili, corn, cassava, papaya and wild grass for animal feed. For Boyolali people, planting roses is a common thing as grave flowers and as delicate fumes that are extracted by factories. Many things we explained to Jenny regarding trees planting and the farmers, like how it is difficult to educate farmers how to grow trees effectively, changing their mindset that diameters of the wood matters than the height of the trees.

After the first location, we brought Jenny to the next location owned by farmer Sriyanto that received 700 trees of Albizia in 2014. It is around 100 meters far from Pak Suhadi’s land, got through a bridge from bamboo, 5 meters long and less than 1 meter wide. In this land, we and Jenny found several trees with karafuru, a disease that is not yet found its cure. Even so,  karafuru wont give serious effects if it does not stay in a tree’s main branch, if so, karafuru will disturb the growth and cause death. For around 30 minutes seeing the trees, our trip continued to meet Field Coordinator, Pak Sukardi. He has been a partner with Trees4Trees, helping distribute trees to farmers. We received a warm and friendly welcome as we got to his home where we were offered with nice local food like sweet ‘seurabi’, bacem tofu, lento, tape ketan and sweet hot tea. We chatted for around 15 minuted with Pak Sukardi and his wife before we left to Cepogo to see Lawang Temple, one of hindunesse temple in Java.

On the way from Boyolali to Cepogo we had the chance to see a ‘new’ temple. At least we did not know of its existence but here it was. In Lawang Temple, one main building of the temple is still standing and some stone ruins that remain in position since it was discovered by villagers around. Lawang temple was built approximately in the 9th century, during the time of Ancient Mataram. Until now, Lawang temple maintained by some residents each day by cutting the weeds growing.

The next trip was Merbabu, one of the mountains in Central Java to see if we could find a nice walk for Jenny’s tourists. The journey of Cepogo towards Merbabu were winding uphill, accompanied by a beautiful village atmosphere, cold and foggy. Most of the Merbabu residents are  vegetable farmers growing a range of commodities such as chili peppers, leeks, onions, broccoli, tobacco, cabbage, tomatoes, celery and other agricultural crops.

It was raining when we arrived at the point of climbing, making paths slippery and dangerous enough to climb. We could not try out Merbabu this time, but we found the obvious alternative :  The road up to where the actual climbing starts. Or rather : down from it. It's the only time you can take in the views of the farmland as it is grown , almost vertically.
We hope Jenny got some ideas she could use, our journey had come to the end. A short time traveling with Jenny, from the planting location, a visit to Pak Sukardi house, cultural site and Merbabu, definitely was not enough.

But we hope you enjoyed this journey with us Jenny! 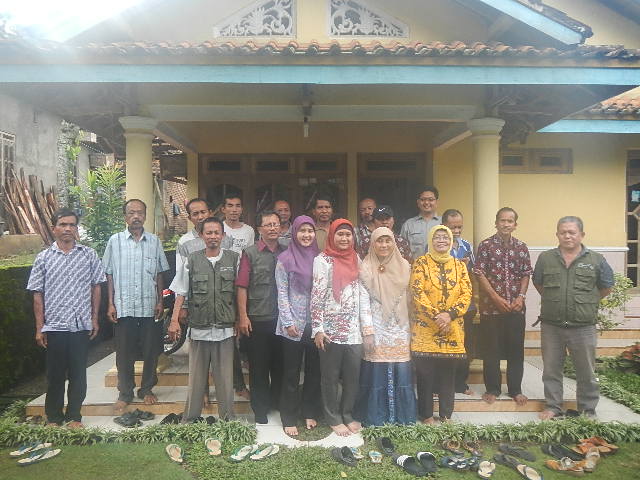 Focus Group Discussion with Trees4Trees and ACIAR in Pati 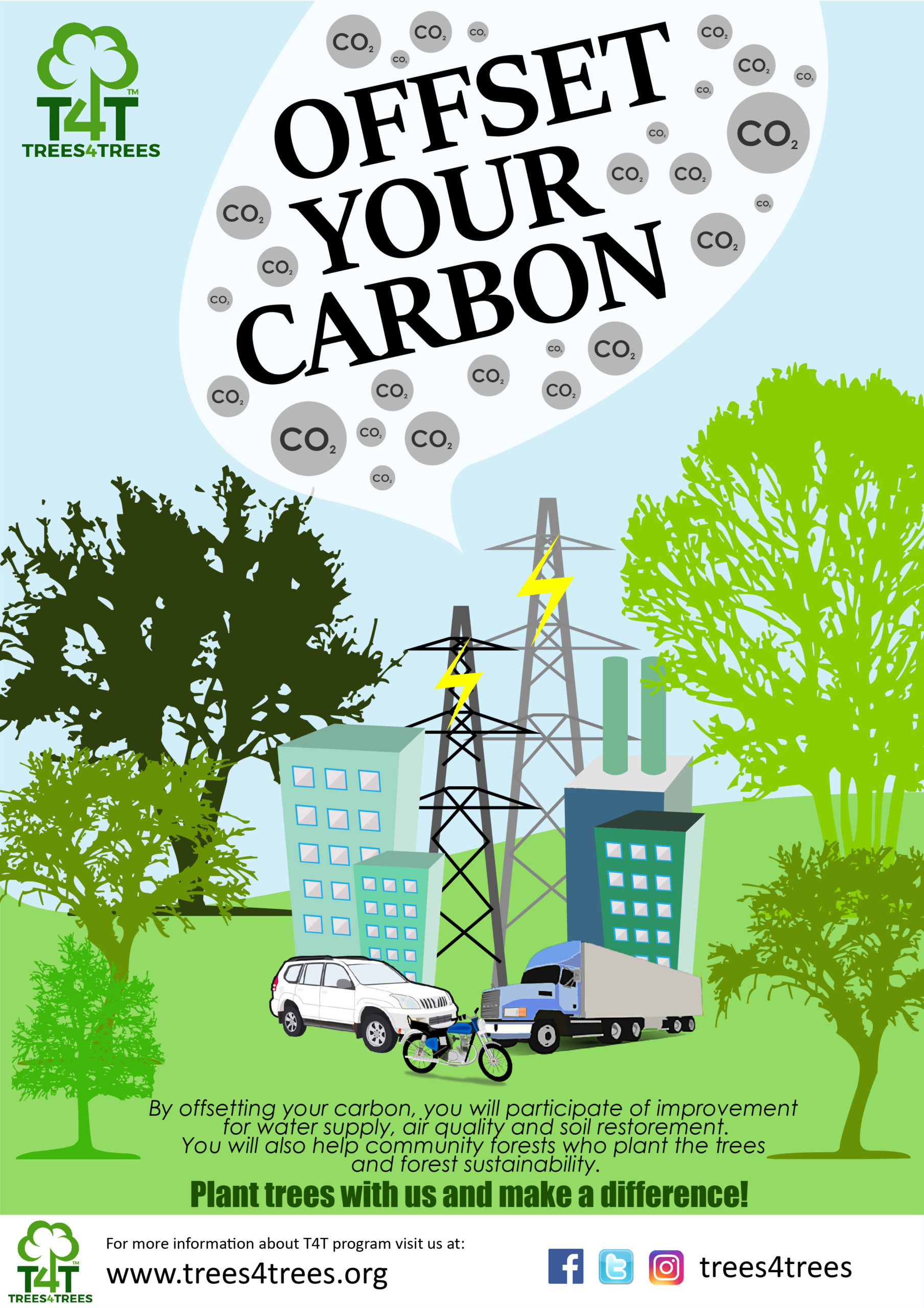 Carbon Footprints Facts And Why Everyone Should Be Aware